Let’s talk about the second of the three elements I mentioned in my last post (which was a really long time ago–I promise to do better): shutter speed. Which way is up on this topic is sometimes a problem. When I set the shutter speed on my camera, the numbers I see in the viewfinder are anywhere from 30″ to something really big, like 5000; I don’t have the 60D in front of me right now so I can’t say for sure.  In any case, which is larger–30″ or 5000? In this case, the latter is deceiving–5000 is actually 1/5000 of a second, or a really, REALLY short span of time. That lets very little light in. And the ” symbol denotes ‘seconds,’ meaning that the 30″ number is a 30 second exposure.  That lets a whole LOT of light in. Think about when this matters…Say I’m shooting a small bird.  That bird’s wings are flapping like crazy a lot of the time. If I open the shutter for an extended period, that wing action is going to result in a blur  instead of a wing.  This can make for a pleasant effect, but causes a loss of detail in the wing (unless you freeze the action with a flash, which we can touch on some other time).  On the other hand, a really fast shutter speed can freeze the wing for a moment in time, and if you’re lucky enough to get it in the right position during that moment, you can end up with something like this: 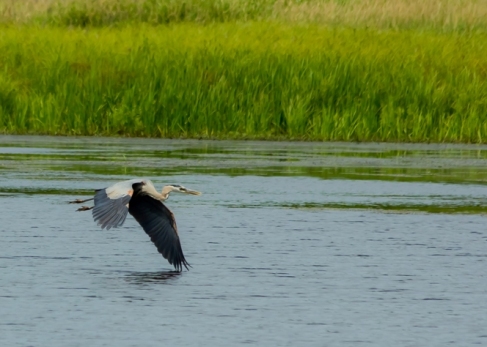 Usually, as I think I’ve mentioned before, I shoot in Aperture Priority at f/8 or thereabouts, to give me some room for error as far as what’s in focus.  When I was out shooting on this particular day, the sun was so bright that it was driving pretty fast shutter speeds, but not fast enough to freeze a bird in flight. So I switched to Shutter Priority (Tv, for those in the Canon world) to make the shutter go faster.  I picked a number at random, pretty much, and set it at 1/1600 second–which is darned quick. In turn, though, the camera forced the aperture to f/4, in order to let in more light.  Since I was shooting a moving target, and wanted to make sure I didn’t miss the focus, I wanted this to move BACK up to f/8.  What to do, what to do…

So I did the unthinkable–which you will see if you look at the details of this picture: I switched to manual mode.  In my case, manual isn’t exactly manual, in the sense that I left the ISO on “automatic.” I set the shutter where I wanted it (1/1600), and the aperture where I wanted it (f/8), and let the camera do what it would to get the exposure right.  In this case, instead of ISO 100, the “sensitivity” from the last post went up to ISO 400.  The result?  Didn’t have to worry about what was or was not in focus; got the action frozen just how I wanted it; got just enough light in the camera to make the shot look good; and got the wing in JUST the right place!

The other thing about this shot: Sometimes when I get a photo I really like, I’ll give it a name. That is a very hard thing for me to do, since I’m not all that creative. But this one came with a name from the moment I first saw it–I call it “How’s the Water?”

Next stop–an exploration of aperture… The setting, not the program!

Today I have a shot that is probably my new favorite to show you. It is a great example of photographic luck, in that I came around a curve, liked what I saw, hung the camera out the window, and popped the shutter without even looking. Generally, what you see here is what I got. I tweaked it a little bit but only in the Microsoft Office Picture Manager—the only tool I had available when I went to do the edit. Glad of that, too, because the urge to do too much to the image probably would have been strong, and I would’ve messed it up! 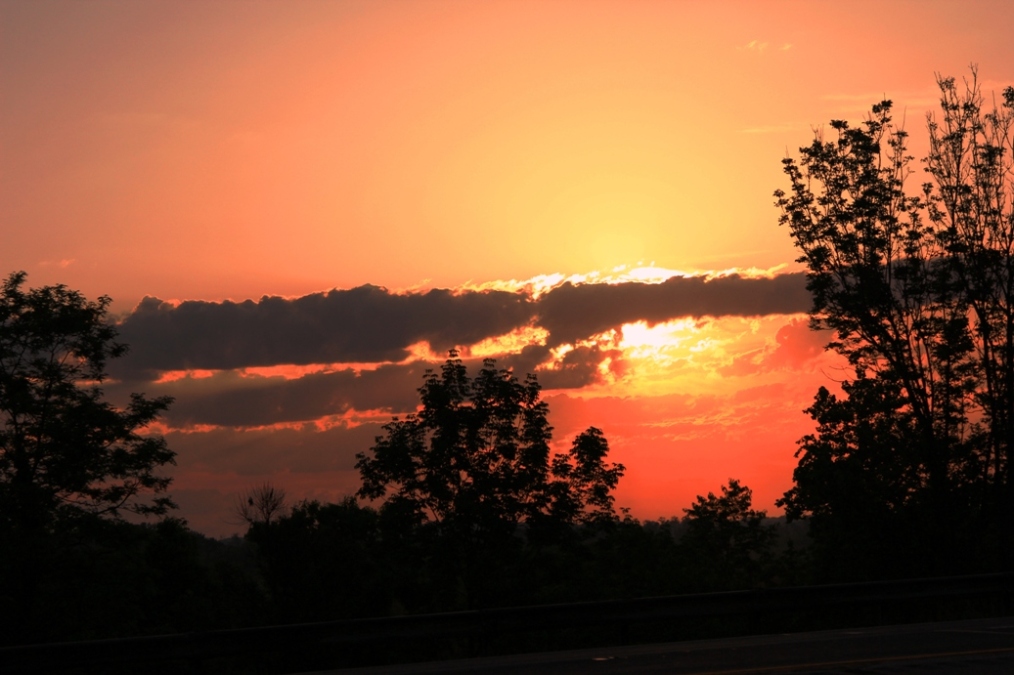 But I was looking at the settings, and remembered a topic that I wanted to discuss at some level of detail. I cover this because of all of the basics of photography, the relationship between the numbers was the most difficult for me to remember. Let’s start with a fundamental I’ve gone through before—the lighting in a photograph is a result of the interaction between the shutter speed (how long the sensor is exposed to the light), the aperture size (how big the hole is through which the light passes), and the ISO setting. The ISO setting is the more nebulous of the three, because it’s a measure of “sensitivity,” or what the sensor does with the light that hits it. I’m going to cover each of these three separately, starting with ISO.

Best way to think of ISO is the higher the number, the higher the light. Very simple—I mean, after all, that means “bigger is better,” right? Well, if you set ISO 400 you will get more sensitivity than you would if you had ISO 100 selected. But whether that’s “better” or not depends on what you’re after. For example, I shot this image pointing my camera more-or-less into the sunrise. The camera was set at ISO 100, fortunately, because anything higher might have resulted in “too much” light—leading to overexposed areas in the image.

If you’re shooting at night, on the other hand, there might be no such thing as “too much” light. The hole in your lens can only get so big (more on that in a later post in this series), and the longer you leave the shutter open the more risk that the image will be blurry. So in those cases, you want the sensor to do as much with the light as it can. This is accomplished by turning UP the ISO, going to a larger number. Remember—the higher the number, the higher the light. The compromise here is that a higher ISO number introduces an effect called “grain” or “noise” into the image, which can be unwanted in some (most?) cases. Fortunately, the modern digital SLRs are getting much better at managing noise, but some of the most common small-sensor cameras are not nearly as good. Finally, there are software solutions that can be used to remove noise, ranging from barely adequate to REALLY good. More to follow on that as the blog matures!

If you are setting the exposure of a shot manually by individually adjusting ISO, aperture and speed, you have to decide which is more important to you. In the case of ISO, you are thinking about overexposure if the number is too high in a bright scene, underexposure if it’s too low in a dark scene, and the tradeoff of noise at higher ISO settings.

Coming up: a similar bit of knowledge related to aperture and shutter speed…